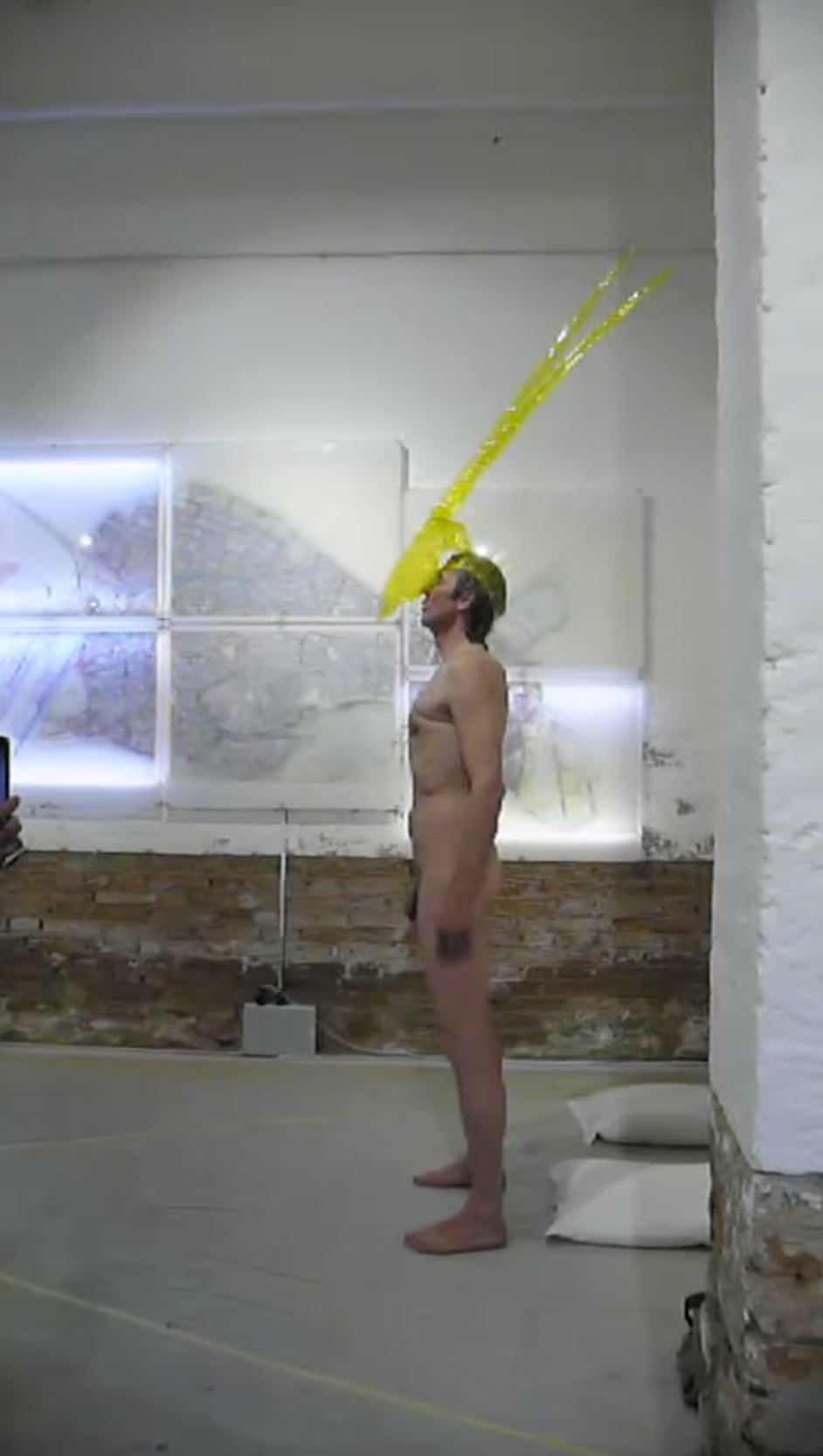 In the application for this performance, I suggested talking about worldviews with the audience wearing this amazing mask Patrizia Ruthensteiner created. The basic idea for a mask was to awaken the Homo Sapiens Galacticus to life, who should subsume all possibilities for an evolutionary step. When I talked with Patrizia about this topic I had some sci-fi helmets in mind like Daft Punk are always wearing one. But instead of that Patrizia proposed to use natural elements. And at last, she came up with the skull of an African Oryx antelope, which she found in the studio of a taxidermist. The combination of a skull and neon green/yellow plastic had a fascinating appeal on us. And so the »melmet« was born, the combination of a mask and a helmet.

On my way to Venice, I realized, that it is much too boring to just stand around with the »melmet«. In the hotel room, I started to test some ideas until I realized that the »melmet« should only be worn naked.