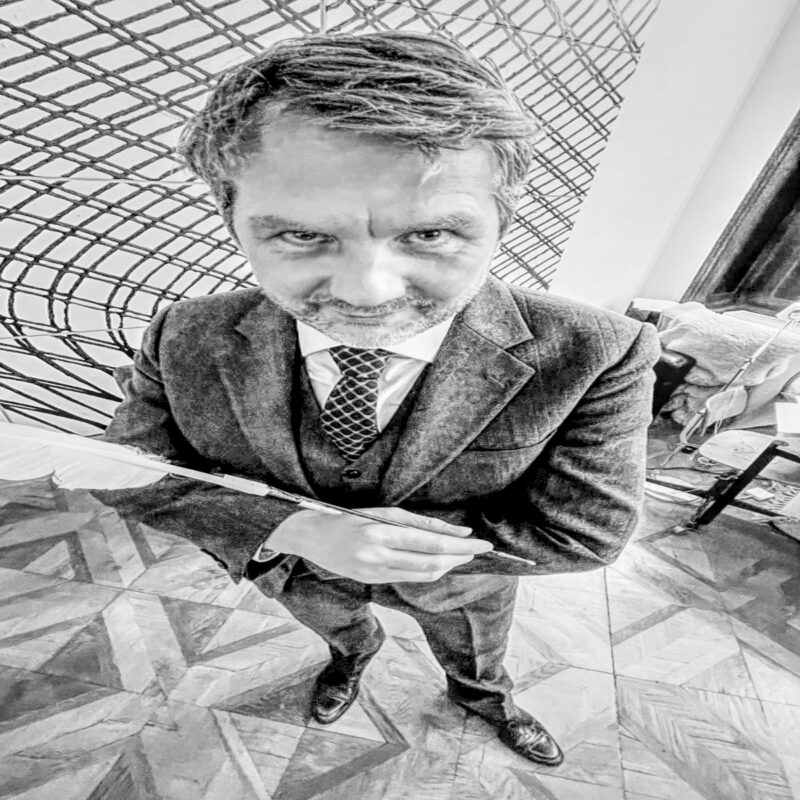 Udo Fon’s work is especially relevant and unique for its way of reflecting reality: Reality not only as “given-fact” with all its complex macro- and micro-layers, but rather as permanently transforming representation in human consciousness. Knowing, that therefore no neutral and objective point of view can be taken, Fon uses the components of reality itself (signs of representation and modes of constituting meaning) as tools to bring out their underlying structures by shifting them out of their common roles. This strategy of utilizing all kinds of cut-out details of daily reality corresponds with Udo Fon’s broad technical and stylistic repertoire. In this connection, a subtle kind of humor plays an essential part – as often examined in the fields of philosophy and psychoanalysis – since the punch lines interrupt the unconscious flow of interpreting and constituting reality. In the general context of signs and symbols, Fon furthermore emphasizes the special status of the image itself, from cosmic constellations of stars and galaxies to social constellations represented on banknotes or by logos. Finally, Udo Fon shows, that art is not only a reflecting process but much more a creating and constituting instance concerning perception and consciousness, thus an essentially human condition.
Johannes Holzmann, art historian, curator.