Circumpolar orbiting satellites constantly scan the earth’s surface in 200 to 600 kilometers (LEO) altitude. The data is modulated onto a shortwave signal and transmitted to Earth. With an FM antenna (Disconne or turnstile) and a short-wave receiver, the signals can be received everywhere. A specially programmed decoder analyzes the signal (gray values of the image) and generates a real-time series of tones. Each data transmission of an over-flying satellite is thus translated into sounds. This sounds last as long as the reception range of the satellites in the short-wave horizon (elevation) is receivable, between 15 to 19 minutes. 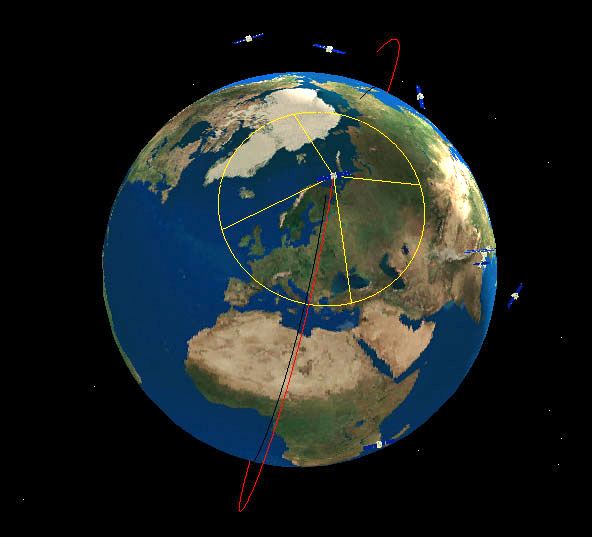